GMB London, the union for gas workers, is calling on the Labour Party to study the implications of a new report that says replacing gas with heat pumps for home heating could cost up to £27,350 per household.

The report, The Cost of Installing Heating Measures in Domestic Properties, was published by the Department for Business, Energy & Industrial Strategy (BEIS) and outlines the fully installed costs for different types of heating systems, ranging from gas and oil boilers, to heat pumps and biomass.

The installation of a new gas boiler ranges from £2,250 excl-VAT for a direct 24kW combi for combi swap, up to £6,228 for a new build or first-time central heating installation, according to the report.

The stated installation costs of a ground-water heat pump, meanwhile, range from £13,200 excl-VAT for an 8kW ground source heat pump and cylinder (excluding ground works and controls), up to £27,350 for the full installation of a 12kW heat pump including cylinder, ground works, controls, underfloor heating and radiators.

GMB London believes that existing central heating systems should be maintained and powered by natural gas until such time as they can be replaced by zero carbon hydrogen at reasonable prices.

The union says the costs outlined in the report, plus the additional costs of the expansion of electricity supply needed to run them, should drive the Labour Party to conclude that this is not the way to go for low carbon home heating.

An analysis of the report by the Gas Users Organisation says: “Heat Pumps are a very efficient form of electric heat, but a report by Element Energy for the Westminster government concluded that, even if the costs of heat pumps fell considerably, their lifetime costs would always be higher for consumers than gas. There is also a question mark about the huge expansion of electricity capacity required and whether that would be sourced from renewables. This report clearly shows that gas central heating is by far the cheaper option for households.”

Gary Pearce, GMB London Region energy officer says: “It is essential that the Labour Party under the new leadership of Keir Starmer study the policy implications of this new official government report on the costs per household of replacing gas for home heating with alternative systems using heat pumps and powered by electricity. 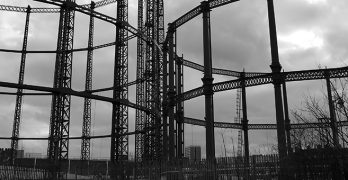 Thanks to the sub-zero temperatures experienced last week, the National Grid reported fears of a potential gas supply shortage. While this did not happen, the question of whether the UK… Read Full Article