There is little evidence of the government achieving its net-zero goals so far, says the Climate Change Committee (CCC) in its most recent progress report to Parliament. The independent climate change advisor also finds major failures in delivery programmes and describes the approach as ‘high-wire’.

There are some bright spots of progress, but in most areas the likelihood of under-delivery is high. CCC chairman Lord Deben said: “In the midst of a cost-of-living crisis, the country is crying out to end its dependence on expensive fossil fuels. I welcome the government’s restated commitment to net zero but holes must be plugged in its strategy urgently. The window to deliver real progress is short.”

The CCC says further progress must be led by policies with clear direction, credible delivery mechanisms and suitable incentives to shape private sector action. But this isn’t complete in any sector of the economy. Its report makes more than 300 recommendations for policies over the next year, reflecting the scale of the task.

The report says the areas with the strongest progress have been backed and led by well-designed policy:
• Deployment of renewable electricity: emissions from electricity generation have fallen by nearly 70 per cent in the past decade. With offshore wind, business has shown that, given the right market conditions and support, it can cut costs dramatically and deploy low-carbon solutions rapidly.
• Electric cars are being adopted in greater numbers each year. Their rise is already ahead of projections, showing that people are willing to adopt low-carbon options when offered a cost-effective, good-quality product.

But low-carbon options remain in their infancy in other areas. Policy has not yet begun to guide the promised private sector action in energy efficiency in homes. And, given soaring energy bills, there is a shocking gap in policy for better insulated homes. The government promised significant public spending in 2019 and committed to new policies last year, but neither has yet occurred.

Much now rests on the promised energy advice service, which must be a major undertaking that reaches millions of households and supports them with options to cut their bills and emissions.

In its first comprehensive appraisal of UK’s Net Zero Strategy, the CCC warns that it will not deliver net zero in its current form. Credible government plans exist for over one-third of the UK’s required emissions reductions to meet the Sixth Carbon Budget in the mid-2030s. It adds that ‘with a fair wind we will manage another quarter’ – but more than one-third cannot be relied on to deliver the necessary emissions reductions.

The strategy contains warm words on the wider enablers of the transition, but little progress, says the CCC. There is no public engagement strategy three years after the net-zero target was signed into law; the Treasury has yet to set out how the full range of costs and benefits of the transition will be shared; comprehensive reform of planning legislation is required to reflect the commitments to net zero; and we still await the urgently needed Future Homes Strategy. Bottlenecks, such as skills gaps and planning consents for infrastructure, should be anticipated and tackled early.

You can read the full report here. 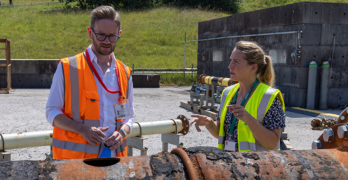 Hydrogen is crucial to reaching net-zero carbon emissions by 2050, said Climate Change Committee CEO Chris Stark while on a tour of hydrogen projects in the UK. Producing and distributing… Read Full Article 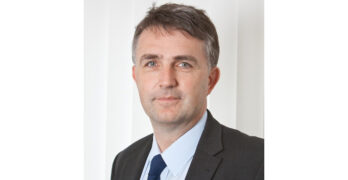 Mike Foster, CEO of the Energy & Utilities Alliance (EUA) has spoken of his concerns that it could be harder for people to heat their homes this winter if there… Read Full Article