The government has launched a consultation on plans to scale up green gas and reduce emissions from the gas grid. It wants to help people go green on their energy supplies, with plans to increase green gas production to heat around 230,000 homes, supported by a new green gas levy.

Using more green gas – biomethane produced from organic waste – will help to lower carbon emissions and protect the environment without hitting consumers’ pockets, it says, and could prevent up to 21.6 million tonnes of CO2. The Green Gas Levy will cost consumers just 11p per month and will see climate gains equivalent to planting over 71 million trees.

“This new funding will support an ambitious scheme to decarbonise the gas grid that will prevent millions of tonnes of carbon dioxide from entering the atmosphere – another step towards reaching net zero by 2050 at minimal cost to UK bill payers.”

The Green Gas Levy was announced in the 2020 Budget earlier this year, and now the consultation invites views on how the final initiative will be designed and implemented.

The levy will play a key role in supporting the government’s UK-wide green economic recovery by funding the Green Gas Support Scheme, which will help bring investment into rural areas of Great Britain and support jobs in this sector. Gas suppliers will pay the cost of the levy to Ofgem, which will use the funds to pay biomethane producers to build more biomethane plants to inject the gas into the grid.

Charlotte Morton, chief executive of the Anaerobic Digestion and Bioresources Association (ADBA), has welcomed the consultation. She says: “Fully deployed, the biomethane industry could deliver a 6 per cent reduction in the UK’s greenhouse gas emissions by 2030 and provide heating for 6.4 million homes, creating tens of thousands of jobs and boosting energy and food production security.

“As biomethane is already compatible with our current gas grid, it is also a particularly cost-effective way to decarbonise the UK’s heating infrastructure.”

The consultation for the Green Gas Levy is live.

Eddie Hughes, MP for Walsall North, has launched a consultation on his proposal to change the law to make CO alarms required in more homes. In September 2017, Mr Hughes… Read Full Article

Glow-worm is inviting gas engineers to its Energy Launch Tour, taking place at Glow-worm’s seven Centres of Excellence around the UK. The events will showcase the power of connectivity through… Read Full Article

ESSE is hosting a free flueless gas fire training day in Lancashire next month for Gas Safe engineers. The course will be held in Barnoldswick on 14 June, and technical… Read Full Article 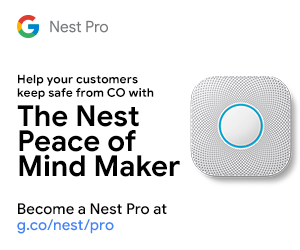