A builder has been ordered to carry out 200 hours of unpaid work and pay £1,900 compensation to his customers after failing to carry out work for which he had been paid. He also fraudulently used a registered gas engineer’s number on his MyBuilder profile.

David Johnson of Albury Close, Warrington, pleaded guilty at Warrington Magistrates Court to seven charges under the Consumer Protection from Unfair Trading Regulations 2008 Act, including one for falsely claiming to be Gas Safe registered on his MyBuilder profile. He used the registration number of a qualified gas engineer without his knowledge or consent. He also pleaded guilty to three breaches of the Fraud Act.

Mr Johnson was prosecuted following an investigation by Warrington Trading Standards, after complaints from four customers that they had paid him for work that he failed to carry out. Mr Johnson sometimes traded as Johnsons Joinery or Johnsons Joinery & Property Maintenance Ltd.

The Gas Safe Register number Mr Johnson had used on his MyBuilder profile belonged to a registered engineer who had carried out gas work on Johnson’s behalf, but the engineer had not given Mr Johnson permission to advertise his details he did not make it clear that the Gas Safe registration used was not his. The investigation also found that he had falsely claimed to hold NVQs in joinery and plumbing.

Mr Johnson was sentenced to 200 hours of unpaid work to be completed within 12 months, plus 10 rehabilitation activity days. He was ordered to pay compensation totalling £1,900 to his customers, plus £300 court costs and a victim surcharge of £85. 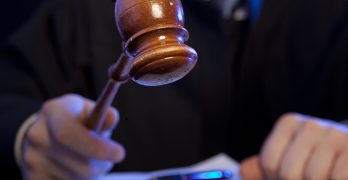 An unregistered gas fitter has been sentenced for carrying out gas work while falsely pretending to be Gas Safe registered. Aylesbury Crown Court heard how Andrew Stevens, operating as a director… Read Full Article