Baxi has launched its Moments of Joy campaign, asking people to share the things that would give them instant joy. The social media campaign, which is running during the month of August, has been inspired by a recent Baxi survey that asked people to rank their level of happiness, and to reveal what makes them happy.

More than half of those surveyed said their job was an important part of that happiness, while saving the planet, cancelling Brexit and winning the lottery were all cited as key actions that would make Brits happier.

Respondents were also asked what they do to make themselves happy. Almost half (49 per cent) said watching their favourite TV show would spark joy, while 45 per cent said a treat like cake or chocolate would make them happy. For two-fifths, a glass of wine or beer does the trick, and getting outside is a priority for 47 per cent.

David Cook, sales director at Baxi, said: “The study shows the state of the nation isn’t at its most positive right now. Less than one in 10 adults can hand on heart say they are really happy, and that’s a real shame. We have a long way to go to improve world issues such as the use of plastic, climate change and leadership, but there are smaller things which can be done to elevate feelings day to day. Sometimes smaller changes can make all the difference. This is why we have launched our ‘Moment of Joy’ campaign.”

To get involved in the Moment of Joy campaign, Baxi is asking people to share what would make them happy by tweeting @baxiboilers using the hashtag #MomentOfJoy. One lucky entrant will have their moment of joy brought to life by the Baxi team on 2nd September.

Cook concluded: “We’re looking forward to working with our customers over the coming weeks and enabling one lucky winner to experience their own personal moment of joy, whatever that might be. While we can’t ensure everyone wins the lottery, we can provide a moment, and hope our customers and installers alike get behind the initiative and encourage others to do so too.” 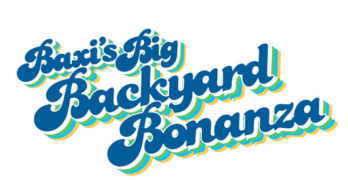 If you’re planning to stay at home this summer instead of going abroad, Baxi’s new promotion means you can still enjoy a fun-packed holiday experience in your own back garden.… Read Full Article 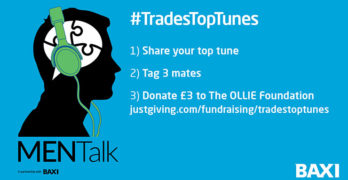 Baxi and MENTalk have launched a charity playlist challenge to raise money for The OLLIE Foundation and help motivate tradespeople as they get back to a more normal working life. The TradesTopTunes playlist… Read Full Article