Baxi Heating is urging the Government to mandate hydrogen-ready boilers for all new gas boiler installations by 2025.

The company is also calling for £1 billion of investment to prepare the UK for hydrogen production, distribution and storage at scale, which it says will be needed if the UK is to develop a hydrogen future and meet its net zero emissions target.

Jeff House, head of external affairs for Baxi Heating, said: “Baxi and others in the heating industry are preparing to deliver clean heating and play our part in tackling climate change. We now call on the government to match our commitment with a clear message that hydrogen is one of the key solutions to deliver net zero by committing £1 billion towards readying the UK for hydrogen in the upcoming Spending Review.”

Baxi Heating is part of the Hydrogen Taskforce, a group of companies aiming to push hydrogen into the mainstream with a shared view of the next steps that must be taken for the UK to capitalise on the opportunity hydrogen offers.

In its report The role of hydrogen in delivering Net Zero, the Taskforce says industry and Government must come together to enable hydrogen to be deployed on a commercial basis moving forwards, working towards:

House continued: “From the consumer’s perspective, hydrogen will offer everything they value from their current heating solution, namely instantaneous heat and hot water delivered by the existing gas network. Hydrogen offers a straightforward and practical solution for the consumer and we urge government to prioritise it in its future plans.

“Our membership of the Hydrogen Taskforce is a clear demonstration of our belief that hydrogen will play a key role in the future of heat. We are pioneering the use of hydrogen for heating, having already developed a boiler which can be initially installed to operate on natural gas then converted to hydrogen quickly and easily at a future date. This is known as a hydrogen-ready boiler.

“I would like to see public trials in occupied buildings of 100 per cent hydrogen heating both in the domestic and commercial settings. Given the current UK domestic gas boiler market is around 1.6m units per year, a mandate that all boiler installations from 2025 are hydrogen-ready would mean that a significant proportion of the existing housing stock is prepared for a future changeover.”

The Hydrogen Taskforce report is at  https://www.baxiheating.co.uk/the-future-of-heat 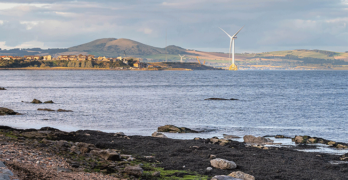 Hydrogen to heat our homes has taken a step nearer to reality with the award by Ofgem of millions of pounds to two projects, which will develop a network of… Read Full Article 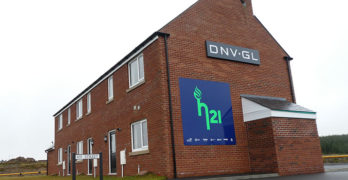