Hydrogen is crucial to reaching net-zero carbon emissions by 2050, said Climate Change Committee CEO Chris Stark while on a tour of hydrogen projects in the UK. Producing and distributing enough of the gas will be one of the defining energy challenges over the coming years.

The CCC delegation, hosted by IGEM, examined how the component parts of research, demonstration and pilot projects are working together to build a new hydrogen economy, touring facilities around the north of England and exploring their work.

Chris Stark said: “Our analysis has demonstrated multiple pathways to net zero in the UK. In all of them, it’s clear we will need a lot of clean hydrogen. Defining the roles that hydrogen will eventually play – its production, transmission and distribution – are now some of the defining energy challenges facing the country.

“I’m grateful to IGEM for the opportunity to visit a range of hydrogen projects, trials and demonstrators. After three days in the north of England, I’m struck by how quickly projects are now moving to implementation. That’s great news, and entirely in line with the advice of the Climate Change Committee. But government and industry must keep up the pace. The growth of clean hydrogen is critical on the path to net zero.”

The group visited the HyNet industrial cluster project at Essar’s Stanlow Complex, in Ellesmere Port, where low-carbon hydrogen production and distribution will be delivered for 30 signed-up industrial customers. This will include a pipeline to permanently store the extracted carbon dioxide where it originally came from.

The other visits included the H21 hydrogen testing facility at the HSE’s Science & Research Centre in Buxton, the Hydrogen homes and HyDeploy hydrogen blending rig, in Gateshead, and a microcosm of a future hydrogen system at the DNV Spadeadam Research & Testing Site, near Carlisle.

IGEM’s CEO Oliver Lancaster said: “It’s definitely been worth taking the Climate Change Committee on a hydrogen learning journey, which has helped to reinforce the excellent work that’s come before us. For us, it’s reinforced what we already know – that hydrogen can safely deliver for our energy needs using existing infrastructure for industry, power generation, heating, cooking and transport.

“With hydrogen production and supply corridors urgently needed for industrial clusters, we’re beginning to see the wide-reaching benefits of deploying hydrogen across the economy, not just against individual demand opportunities.

“This tour has also highlighted the urgent need to put skills on the agenda if we are to deliver all parts of net zero, making sure the next crop of engineers can enjoy exciting careers in hydrogen design and delivery.”

There is little evidence of the government achieving its net-zero goals so far, says the Climate Change Committee (CCC) in its most recent progress report to Parliament. The independent climate… Read Full Article 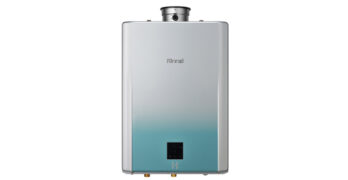 Rinnai has created an efficient continuous flow hot water system fuelled by 100 per cent hydrogen as part of its commitment to carbon reduction. The company says this new 100… Read Full Article