A self-employed handyman has been jailed for undertaking unregistered gas work that put the life of a homeowner at significant risk.

Teesside Magistrates’ Court heard that, on 16 May 2014, Paul Joseph Vokes, trading as Paul’s Handyman Services, carried out work to replace ridge tiles on the roof of a property in Coatham Drive, Hartlepool.

One of the tiles incorporated an adaptor so that it could be connected directly to the flue pipe, which ran from the ground floor to the loft space. The purpose of the flue was to direct products of combustion directly outside, eg carbon monoxide from the gas boiler.

An investigation by the Health and Safety Executive (HSE) found that the type of tile vent purchased by Mr Vokes was neither an adequate nor appropriate substitute for the roof tile it was to replace, and was designed simply to ventilate the loft space. It did not incorporate an adaptor and was therefore not suitable to flue products of combustion.

The investigation also found that Mr Vokes was not competent to carry out work on flues or any gas fittings, nor was he registered with Gas Safe Register. His work fell well short of the expected standards when dealing with flues for gas appliances, putting the homeowner at risk of serious harm or even death.

Paul Joseph Vokes of Cresswell Drive, Hartlepool pleaded guilty to breaching Section 3(2) of the Health and Safety at Work etc. Act 1974. He was given a custodial sentence of 18 weeks, and was ordered to pay £3,000 costs and a compensation payment of £1,470.

Speaking after the hearing, HSE inspector Jonathan Wills said: “Mr Vokes targeted an elderly lady in order to profit financially, with a flagrant disregard for the law. Had the work been carried out properly by someone competent to do so, then the homeowner’s life would not have been put at risk.”

Getting household gas appliances and pipework checked in summer can ensure that homes are safe and help to keep bills lower in winter, says HSE. The regulator is encouraging people to… Read Full Article 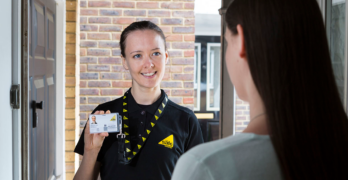 Getting a gas safety check is the best way to protect your property, says HSE. That’s the message to people in Kingstanding who might be concerned after a gas explosion destroyed… Read Full Article