Gas Safe Register research for the 10th Gas Safety Week (14-20 September 2020) shows that communities that have been brought closer together by lockdown look set to stay. More than two in five people (43 per cent) feel more responsible for the health and wellbeing of their neighbours since the start of lockdown, and more than half (57 per cent) say they are taking better care of themselves specifically so they can do their part to protect the health of their neighbours.

But new inspection data from Gas Safe Register reveals that one in every five homes has least one dangerous gas appliance. So the Register is calling on neighbours to consider not just the health of those they live nearest to, but also their safety. It’s created a new film, The Ripple Effect, which shows the devastating impact that one innocent gas safety slip can have on the whole community.

Speaking from personal experience, Surrey gas engineer Paul Hull says: “The ripple effect is very real when it comes to the wider impact of unsafe and faulty gas appliances within our own homes and our neighbourhoods. Left unserviced and unchecked year on year, appliances such as cookers, fires and boilers can pose life-threatening risks, which can lead to – in some extreme instances – fires and explosions.

“What many people do not realise is that such incidents can also have a devastating ripple effect within their communities: from the potential for major structural damage to other homes in the area, to the disconnection of gas supplies for a number of weeks, which can be particularly distressing during the winter months. This is why it’s vital that people get clued up on how to stay gas safe within their home, to help protect both themselves, their neighbours and loved ones.”

When quizzed on gas safety, Gas Safe Register’s research highlighted a lack of awareness of the signs and symptoms of unsafe gas that could jeopardise people’s ability to look out for their neighbours. Fewer than one in 10 people (9 per cent) said they were very confident of being able to spot the signs of unsafe gas appliances and, when put to the test, just 5 per cent could identify the six main signs of a dangerous gas appliance correctly.

Gas Safe Register chief executive Jonathan Samuel says: “In the current climate, with so much to contend with, it’s easy to understand why people may overlook the importance of having gas boilers and household gas appliances serviced.

“However, today’s new research really shines a light on the knowledge gaps that still exist when it comes to the awareness of the signs and symptoms of unsafe gas appliances.

“Now, more than ever, it’s important that homeowners up and down the country are not unwillingly playing host to potentially life-threatening risks that could have a ripple effect within their neighbourhood, through faulty gas appliances.”

To encourage people to take action to protect both themselves and their local communities, Gas Safe Register has worked with gas safety experts and first responders to create a short film that’s based on real situations and brings to life the importance of everyone taking responsibility for gas safety in their own homes and neighbourhoods.

Set on a quiet suburban street, the Ripple Effect shows the devastating physical, emotional and psychological impacts that an innocent gas safety slip in any one home can have on the wider neighbourhood. You can see the short film here. 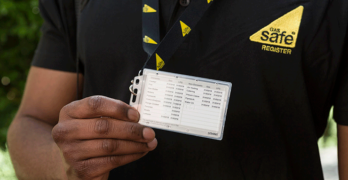 Are you happy to tell Gas Safe Register about how you became a gas engineer and about your day-to-day life? Gas Safe is looking for engineers who’d be willing to… Read Full Article 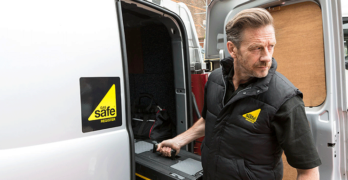 Gas Safe Register is trialling some changes to its inspection process to enhance the procedure over the next couple of months, and these changes may affect you if you have… Read Full Article