What does a gas engineer with 30 years in the industry do next? Think about retiring? Or start again, to bring to market a simple idea that could save others from having their van broken into. Registered Gas Engineer talks to Mike Horsfall about his fight back against one of the scourges of the industry.

After Mike Horsfall had fallen victim to repeated thefts of copper from the pipe carrier on his van, he decided to do something about it. “I recognised that the unalarmed pipe carrier drew the attention of thieves to my van, who grew in confidence knowing that it was unalarmed,” he says.

The thefts were costing Mike hundreds of pounds in lost copper, and that got him thinking. “If I could design an alarm system that prevented the thief from initiating contact with any part of my van, it would be an effective deterrent and move thieves along.”

Two-and-a-half years of hard work followed, resulting in the creation of Van Guardian, an early warning alarm system. It activates when anyone touches the van in the zonal area that the device covers, sounding a 110dB alarm.

The technology behind it is a triaxl accelerometer, which comes from the motor industry and measures vibration in a wind tunnel. The alarm fixes firmly to the van with no need for drilling or wiring and provides protection, activated by remote control.

The bespoke housing is made of vacuum-formed plastic, manufactured by a family company in Crossgates, Leeds. “It had to withstand the rigours of all weather and being exposed on a van doing 70mph and then going in a jet wash,” Mike says.

Until now, Mike has been multi-tasking, bringing Van Guardian to the market alongside working as a gas engineer. “Last night I was up until 1am working on the design and parts of the website,” he told us. “And this morning I’ve been out and done gas servicing.”

He’s always looking at ways to improve and expand Van Guardian, and he’s now working on a tracking function. So it looks as though being a gas engineer will have to take a back seat.

“I’ve been self-employed for 30 years and I have a lot of clients that rely on my services, so it’s hard to say ‘no I can’t do it anymore’. But Van Guardian requires my attention now and my focus is to try and continue to introduce it into local independent merchants.”

We’ve teamed up with Van Guardian to offer three lucky readers the chance to win a Dual Alarm.

To be in with the chance of winning, just head over to their website at https://vanguardian.co.uk/van-guardian-in-the-press/ and follow the instructions you’ll find there. 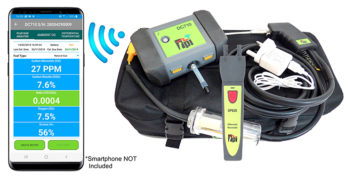 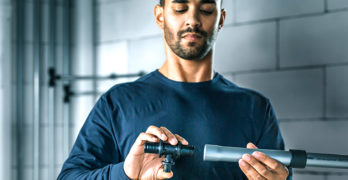 More than 4 in 5 architects, M&E specifiers and contractors have experienced copper theft, and increases in raw materials costs could be driving an increase. But considering an alternative to… Read Full Article