Vulnerable people might be at risk from unsafe gas work because of confusion among carers about the signs of unsafe appliances, according to new research* from Gas Safe Register. The findings are particularly worrying as new data from the Register also reveals that one in five UK homes contains unsafe gas appliances such as cookers, fires and boilers**.

The research involved 2,001 people who care for or check in on an elderly or disabled loved one who doesn’t live with them. Three-quarters (75 per cent) of respondents said safety was a key reason for checking in on their vulnerable loved one. However, 92 per cent don’t know at least one of the crucial signs that a gas appliance is unsafe.

More than half (54 per cent) don’t know that a lazy or floppy yellow flame on appliances is a warning sign. Three-quarters (76 per cent) were unaware that increased condensation inside windows is a red flag, and more than half (55 per cent) didn’t know to look out for sooty stains on or around appliances.

There is also evidence of confusion of the symptoms of CO poisoning. Almost half (49 per cent) of respondents didn’t know that breathlessness is a symptom, more than one-third (38 per cent) were unaware that nausea can be a sign, and (32 per cent) had not heard that headaches can be caused by an appliance that is emitting CO.

The survey also revealed the extent to which vulnerable people may not be protected by an audible CO alarm. One-fifth (20 per cent) of those surveyed said they weren’t sure whether the person they care for has an audible alarm and, more worryingly, 17 per cent said they know their loved one doesn’t have one.

In this year’s Gas Safety Week (16-22 September 2019), Gas Safe Register urged people to protect themselves and their loved ones by making sure they know the signs of an unsafe gas appliance and the symptoms they can cause.

The key signs are:
• Floppy yellow or orange flames on gas appliances, such as cookers, instead of a crisp, bright blue flame
• Increased condensation inside windows
• The pilot light repeatedly going out or the boiler fails to light
• Black or sooty marks on or around the gas appliance
• Feeling unwell – the six main symptoms of CO poisoning are: headaches, dizziness, nausea, breathlessness, collapse and loss of consciousness.

*Research carried out by Censuswide on behalf of Gas Safe with 3,140 respondents, including 2,001 respondents who care for/ check on an elderly person (i.e. family member or friend) or care for /check on a person living with a disability.

Gas Safe Register has partnered with best-selling children’s author Sophy Henn to create a short story based on the original Bad Nana series. Bad Nana: Better Gas Safe Than Sorry sees Jeanie aged 7 ¾, and her annoying little brother Jack help her nan (aka Bad Nana) save a neighbour from CO poisoning, after spotting the signs and symptoms. The book aims to increase awareness of gas safety and the dangers of CO poisoning among families and the people they care for, all delivered with Sophy’s signature dose of fun.

Jonathan Samuel, chief executive of Gas Safe Register, says: “Those who look after others care deeply about their safety and wellbeing and feel a lot of responsibility. We don’t want to add to the list of things to worry about, but we want to raise awareness of the signs of unsafe appliances. Unsafe appliances can be deadly and knowing the warning signs can protect you and your loved ones from harm.”

Author Sophy Henn says: “I’m delighted to be working with Gas Safe Register. I don’t want to give too much of the plot away, but Bad Nana and Jeanie have a very eventful day when they check on an elderly friend who has been behaving strangely.

“My hope is that this book will entertain children, parents, grandparents and carers alike, while at the same time spreading an important message about gas safety.”

You can download Bad Nana: Better Gas Safe Than Sorry for yourself at bit.ly/Gas-Safe-Story

What is it, what isn’t it, and should you record it? Gas Safe Register’s Technical Team provides clarification. Major changes to the Gas Industry Unsafe Situations Procedure (GIUSP) came into… Read Full Article 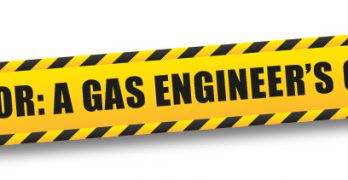 Reporting certain dangerous gas incidents is a legal requirement. What must you report under RIDDOR – and what shouldn’t you report? What is RIDDOR? The Reporting of Injuries, Diseases and… Read Full Article 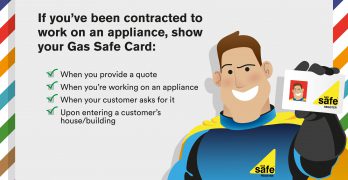 Logic4training has launched a Gas Safe Card checklist to remind gas engineers when and where they should be showing their Gas Safe ID card. As part of the training provider’s Gas Safety… Read Full Article