Chris Bielby MBE, trustee and former chair of the CO Research Trust, died on 22 July 2022. He had been diagnosed with motor neurone disease in November 2020, and faced this terrible condition with great stoicism, bravery, and dignity, say his colleagues, who pay tribute to him.

Chris spent his whole career in the gas industry, advancing through the ranks at regional level and then at British Gas’s head office. Following the organisation’s privatisation and then splitting up of British Gas plc in 1997, he joined Centrica. With increasingly senior roles, came greater responsibility, not only for improvements in service quality and technical standards but also nationally, representing the industry in the drive to improve its safety record.

To this end, there developed a concern that a coordinating body was needed to ensure that there were no safety gaps in the newly liberalised and fast-moving privatised industry, and this led to the creation of the Gas Industry Safety Group, which Chris chaired from 2000 until his death.

Chris was a trustee of the CO Research Trust (formerly the Gas Safety Trust) and was its chair for more than 10 years, remaining an active contributor despite his illness, generously sharing his insights and knowledge. Alongside these roles, he was active in the All-Party Parliamentary CO Group, a past president and fellow of IGEM, and a trustee of the National Gas Museum.

His commitment to improving the industry to which he devoted his professional life was second to none, making it safer for employees and customers alike, supporting initiatives to minimise its environmental impact, as well as those that ensure security of supply. He was awarded and MBE in 2012 in recognition of his work.

Chris made a lasting impression on everyone who met him and leaves an irreplaceable gap in our organisation, and we will miss his expertise, guidance, and especially his sense of fun. He was a true legend of the gas industry, and he won’t be forgotten by friends and colleagues. 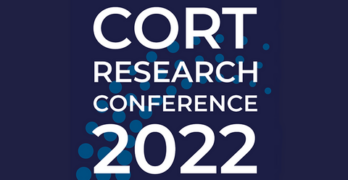 The CO Research Trust it will be holding its first CO Research Conference in London on 5 July 2022. The full-day event at Church House, Westminster, will showcase some of… Read Full Article

Two people every day show symptoms of carbon monoxide (CO) poisoning, the National Poisons Information Service (NPIS) has reported. But the real figure could be much higher because of differences… Read Full Article