A Chelmsford builder has received a suspended prison sentence after his faulty design and workmanship led to a family being exposed to deadly fumes from a gas boiler.

Chelmsford Magistrates’ Court heard that Michael Garry Bowers, trading as Advanced Bowers Services, left the gas boiler chimney/flue to terminate inside a fully glazed conservatory he had built at the family’s home in Black Notley in December 2013.

A Gas Safe registered engineer spotted the danger in February 2014 and classified the installation as Immediately Dangerous. He isolated it from the gas supply.

The homeowners and their two young children suffered no known health effects but they had to replace the boiler and stay with friends while it was fitted.

Michael Gary Bowers of West Avenue, Chelmsford, Essex, pleaded guilty to breaching Regulation 8(1) of the Gas Safety (Installation and Use) Regulations 1998, between December 2013 and February 2014. He was sentenced to eight months in prison, suspended for two years, and ordered to complete 280 hours of unpaid work.

After the case, HSE inspector Glyn Davies, said: “The lives of this young family were placed at risk after Mr Bowers glazed and sealed the conservatory, leaving the boiler exhaust flue to terminate inside it.

“Although he carried out no gas work personally at the property, and knew he should not conduct any work on the flue himself, he should have had the competence to appreciate the grave risk he was placing the family in.

“By failing to ensure that the exhaust flue was re-routed to terminate in open air outside the conservatory before it was glazed, Mr Bowers endangered the lives of a young family.” 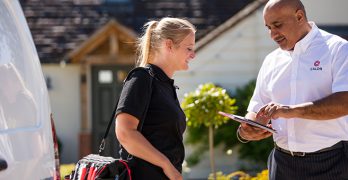 Calor installers can now recommend BioLPG to their off-grid customers as a clean option for heating homes that do not have access to mains gas. The government has made it… Read Full Article

Williams & Co is getting ready for Black Friday. The independent, trade-only plumbing and heating merchant will have special offers and discounts across a wide range of well-known brands online… Read Full Article 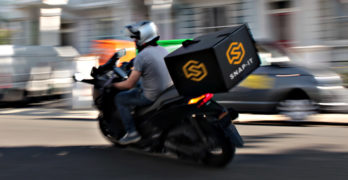 A spare parts delivery app for the plumbing industry that was inspired by Deliveroo is making it easier for plumbers and gas engineers to work during the Coronavirus pandemic, according… Read Full Article