The Chancellor’s decision to extend the furlough and self-employment income support schemes (SEISS) until September has been welcomed following the publication of the Spring 2021 Budget.

Furloughed employees will continue to receive 80 per cent of their wages for the next seven months, although businesses using the scheme will be asked to contribute 10 per cent towards the wages in July, and 20 per cent in August.

For the first time, around 600,000 self-employed workers who were ineligible for the previous SEISS grants will be eligible for the fourth and fifth grants, as long as they submitted their 2019-2020 tax return by 2 March, 2021.

Other announcements made as part of the Chancellor’s Budget speech include:

Kevin Wellman, CEO of the Chartered Institute of Plumbing & Heating Engineering (CIPHE), said he was encouraged by the further support for employees, the self-employed and SMEs. He said: “The Chancellor’s budget has business in mind and the continuation of the furlough scheme indicates that minimising unemployment remains critical. As unemployment has risen, it is encouraging that incentives to employ older apprentices are now on a level playing field with their younger counterparts.

“The £3,000 apprenticeship payment is a step in the right direction, but as ever we would urge government to push further to help SMEs in developing the next generation of the workforce. This is needed with urgency in the plumbing and heating industry as it focuses on its contribution to the government’s net-zero commitments.”

CIPHE says it would also have liked to see dedicated support for the fuel and water poor. Kevin added: “The impact of isolation and its relationship with public services has rarely been brought into sharper focus than in 2020 so it is hoped that an announcement is still to come about their protection.”

Vaillant’s technologies and training director Mark Wilkins has also welcomed the £126m funding boost, which aims to create 40,000 new traineeships. He said: “The government’s proposed investment in creating new traineeships and further incentives for employers to hire apprentices is to be welcomed, especially at a time when there is an urgent need to address the skills gap in industries such as ours.

“If the government is to achieve its ambition to drive a ‘green industrial revolution’ in this country, it is vital that these apprenticeships are geared towards delivering the types of sustainable technologies that will lower the UK’s carbon emissions and help it to reach net zero.

“Decarbonising heat in buildings is one of the key areas that needs further support if we are to achieve the 2050 net zero target. At the moment, there are simply not enough qualified engineers on the ground to deliver low-carbon heating at the scale required. That’s why more needs to be done to incentivise the current and next generation of engineers to undertake the necessary training.”

The Budget set out further plans to support the UK’s green economy through the new UK Infrastructure Bank that will “invest across the UK in public and private funding to finance the green industrial revolution”.

The Chancellor also confirmed plans to issue a sovereign green bond this summer, with further issuance to follow later in the year. The green gilt framework, to be published in June, will provide further details of the types of projects that will be financed.

Mark said: “If the Government plans to use £12bn to create a UK Infrastructure Bank and invest in long-term projects like renewable energy, it also needs to ensure that there are sufficient engineers on the ground to install the associated systems. The Green Homes Grant’s failure to meet the targets promised serves as an example of what can happen if funding is not matched by the number of skilled professionals to deliver what is needed. As ever, the devil will be in the detail, and we await further announcements.”

Iain Bevan, commercial manager – heating and renewables at Daikin UK, added: “It’s reassuring to hear the government affirm its commitment to the UK’s transition to net-zero. Investing in the green industry is not only crucial to long-term economic growth, it is also vital in enabling us to achieve this low-carbon vision.

“Now, prioritising investment in training is essential if we are to build the highly skilled workforce required to realise a greener future. For the heat pump market alone, we estimate around 17,000 new engineers will be required to meet anticipated demand within the next 10 years. The boost for apprenticeships cannot come soon enough. However, training at all levels, from apprenticeships through to experienced tradespeople, is needed if people are to acquire the skills they desperately need to develop a career in the green sector.” 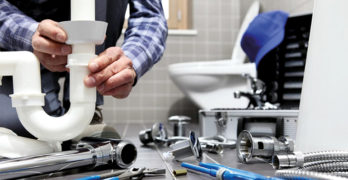 Today (11 March) World Plumbing Day shines a light on how those in the trade have been on the front lines, risking contact with Covid-19 so that they can keep… Read Full Article 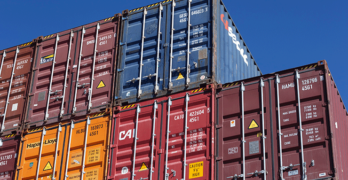 The CIPHE is warning that usual construction industry supply chains could collapse, with merchants running low on stock as the EU transition period comes to an end on 31 December.… Read Full Article