VAT should be abolished on all safety products and services that go into UK homes, such as fire alarms, carbon monoxide detectors and gas safety checks, according to a new campaign.

The Axe Safety Tax campaign is being backed by a number of MPs including Emma Dent Coad, the MP for Kensington, whose constituency includes Grenfell Tower.

Emma says: “It is a total disgrace that safety products are taxed as if they are luxury items. VAT must be reduced so that everyone can afford to buy them and be safe in their homes. It’s a no-brainer.”

The 20 per cent tax on safety products and inspections across the social housing sector is believed to raise in excess of £200 million a year, according to campaigners.

The campaign was launched officially at a round table discussion in the House of Commons on 31 January. The discussion was attended by MPs, chief executives of a number of Housing Associations and Mike Cunningham, deputy director of VAT & Excise.

An online petition has been created to have the issue debated in Parliament.

Mike Amesbury, MP for Weaver Vale & Member of the Communities and Local Government Select Committee, adds: “Safety is rightly at the top of the political agenda. It is ridiculous that tax is charged on safety products and services. Removing the VAT will make them more affordable and save more lives. It’s the right thing to do.”

Gas safety technology company Gas Tag is supporting the campaign. The company’s CEO Paul Durose says: “At a time when safety is in the spotlight, raising money in taxation from making homes safer is shameful and not a reflection of the compassionate society in which we live.”

A number of housing associations are also supporting the campaign. Tom Dacey, group chief executive at Southern Housing Group, says: “As landlords, we not only have a legal obligation to keep people safe but also a moral one. The fact that safety is taxed at the maximum rate is unjustifiable. We’re backing the Axe Safety Tax campaign and we’re asking other housing associations and councils to give their backing and support it too.”

Baxi has launched its Moments of Joy campaign, asking people to share the things that would give them instant joy. The social media campaign, which is running during the month… Read Full Article 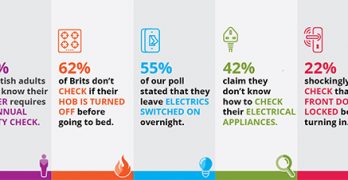