A third of UK adults (33 per cent) admit they’ve not checked on the Gas Safe Register to see if the engineer working on their home’s gas appliances is doing so legally, according to the Register’s latest research findings.

The findings come as Gas Safe Register – the Government’s official gas registration body – nears completing 2,000 illegal gas work investigations in three years. More than two-thirds of these (69 per cent) found to be unsafe, meaning the people living in the properties were in potential danger from unsafe gas work.

Alarmingly, respondents thought they’d correctly verified that their gas engineer was on the Register by noticing a logo on the engineer’s website or uniform (28 per cent), or by asking the engineer (13 per cent). Only 28 per cent checked with Gas Safe Register directly.

When asked why they hadn’t thought to check if their engineer was working on their home’s gas appliances legally, the research found a lack of understanding and an assumption that all engineers are registered among 40 per cent, with 29 per cent saying they did not realise they had to check.

Some of those who failed to check an engineer’s registration information blamed being in a rush (15 per cent) or forgetting to ask (18 per cent). Some 14 per cent of respondents claimed they were ‘too embarrassed to ask’ if the engineer was on the register.

Of those who realised that their engineer wasn’t Gas Safe registered after they had worked on their gas appliances, eight per cent admitted they’d wasted money as the work had to be checked by a registered engineer and, in 12 per cent of cases, re-done. Six per cent of those questioned said they had contacted Gas Safe Register to inform them of the illegal work. 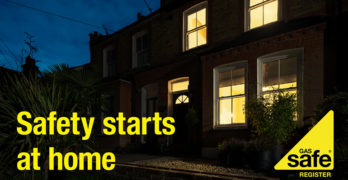 Gas safety campaigners are warning that a boom in home moving and improving, combined with a pandemic-squeeze on finances and a lack of understanding about insurance policies, risks jeopardising people’s… Read Full Article 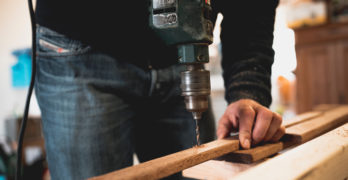 Brits have spent more than £1,000 on home renovations during the recent lockdowns, according to research by Comparethemarket.com. On average, Brits have spent £1,210.35 upgrading their homes, with the most… Read Full Article