Heating and plumbing engineers are the unsung heroes of the festive season, barely downing their tools to take a break, according to a new survey.

One in 10 plans to work on Christmas Day while one in four say they’re ready to abandon their turkey dinner and the Queen’s speech for an emergency call.

More than half (56 per cent) say they’ve rescued a customer’s Christmas Day by attending an emergency call-out and fixing a problem.

According to the research, commissioned by Plumb Center, working in partnership with the CIPHE, 22 per cent of heating engineers and plumbers say they’ll be working on Christmas Eve, 14 per cent plan to do so on Boxing Day, one-quarter on New Year’s Eve and 16 per cent on New Year’s Day. Nearly one in three will be back on the tools on Monday 2 January, even though it’s a Bank Holiday.

Burst water pipes and broken boilers leading the ‘emergency jobs at Christmas’ league table. Other reasons given for an emergency visit were heating system problems (20 per cent), plumbing problems (19 per cent) and blocked pipes (10 per cent).

Frustratingly, however, it seems that a homeowner’s definition of an emergency can be wide of the mark: 47 per cent of engineers responding to a call-out at this time of year say that, upon arriving, the job was not a genuine emergency. And an alarming 8 out of 10 report that botched work is the cause of the problem they’ve been called to address.

Kevin Wellman, CEO of the CIPHE, says: “Heating and plumbing engineers are the unsung heroes of the festive season and they richly deserve the spotlight this survey shines on them. Every planned or responsive job is important, but at this time of year, when emotions run high, the pressure is really on to deliver the goods, so there should be great pride that so many can say they’ve saved a Christmas Day.” 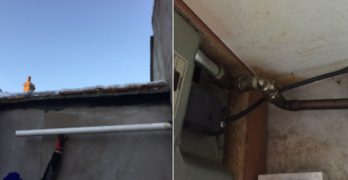 As Gas Safe Register’s successful ‘Don’t Cut Corners with Gas’ campaign draws to a close, the Register has chosen its top five photos that highlight the dangers of cutting corners… Read Full Article

Sector skills council Energy & Utility Skills has set out the new requirements of IGEM/IG/1 for new entrants to the gas industry. All training programmes undertaken by new entrants into the… Read Full Article 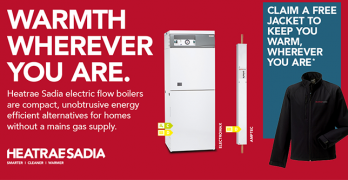 Heatrae Sadia is extending its free jackets promotion until the end of June. You can claim a free branded jacket whenever you buy an Amptec or Electromax electric flow boiler.… Read Full Article