The owner of a County Londonderry fireplace business has been given a suspended prison sentence after he worked on gas while not Gas Safe registered over a number of years.

Derek Henderson, trading as Henderson Fireplaces, from Magherafelt, undertook work to install gas fire appliances at eight locations across Northern Ireland between 2010 and 2015.

Antrim magistrates heard that an investigation by the Health and Safety Executive Northern Ireland (HSENI) found that Mr Henderson was not Gas Safe registered when he carried out the work and did not hold the required competencies to fit gas fires.

Mr Henderson pleaded guilty to eight separate breaches of Regulation 3(1) of the Gas Safety (Installation and Use) Regulations (NI) 2004, and one breach of Regulation 26(1) of the same regulations. He was sentenced to four months’ imprisonment, suspended for two years.

HSENI inspector Linda Murphy said: “Derek Henderson undertook gas work at these premises knowing that he was not registered to carry out the work. It is essential that gas work must be undertaken by trained and competent engineers who are registered with Gas Safe Register to ensure that gas installations are safe.” 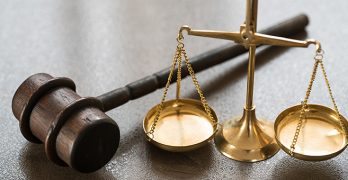 An Essex plumber who carried out unsafe and unregistered gas work on a gas cooker and boiler in September 2016 has been given a suspended prison sentence. Basildon Crown Court… Read Full Article