An illegal gas fitter has been jailed after fitting a gas boiler despite having been prohibited from doing so by the HSE.

Paul Golding, from Scarborough, removed heating and hot water appliances at a property, also in Scarborough, in November 2015 and summer 2017. He replaced them with a combi boiler, York Magistrates’ Court heard. He was not Gas Safe registered and never has been.

The HSE, prosecuting, said Mr Golding was aware that he should not have been undertaking gas work and did so in contravention of an HSE Prohibition Notice served on him in 2015.

There were multiple defects on his work at the property, including a pressure loss of 8mbar between the primary meter and the boiler, which was classified as Immediately Dangerous. There were also defects with the installation pipework, which was inadequately supported and not sleeved. The chimney/flue had not been sealed correctly and products of combustion were re-entering the building.

He was sentenced to 18 months in prison. 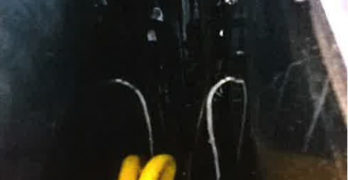 A lapsed gas engineer from Bolton has been given a suspended prison service after carrying out dangerous gas work. Bolton Crown Court heard that Anthony Lord, trading as Lord HBA,… Read Full Article

An Essex builder who built a home extension around a gas boiler chimney/flue has been given a suspended prison sentence for his dangerous work. Colchester Magistrates’ Court was told that… Read Full Article