Fracking will not be allowed to proceed in England, says the government, following the publication of new scientific analysis.

Ministers took the decision on the basis of a report by the Oil and Gas Authority (OGA), which found that it is not currently possible to accurately predict the probability or magnitude of earthquakes linked to fracking operations.

Exploratory work to determine whether shale could be a new domestic energy source has now been paused – unless and until further evidence is provided that it can be carried out safely.

Operations at Preston New Road, Lancashire, have been suspended since a magnitude 2.9 event was recorded on 26 August 2019.

The OGA advised the government that, until further studies can provide clarity, it cannot say with confidence that further hydraulic fracturing would meet the government’s policy aims of ensuring it is safe, sustainable and of minimal disturbance to those living and working nearby.

Ministers have said previously that exploring England’s shale gas reserves could proceed only if the science shows that it is safe, sustainable and of minimal disturbance to those living and working nearby. The government introduced tight planning controls through the Infrastructure Act 2015 and set strict limits on seismicity.

On the basis of the disturbance caused to residents living near Cuadrilla’s Preston New Road site in Lancashire, and this latest scientific analysis, the government has announced a moratorium on fracking until compelling new evidence is provided.

The government also confirmed that it will not be taking forward proposed planning reforms for shale gas developments. Business and Energy Secretary Andrea Leadsom said: “While acknowledging the huge potential of UK shale gas to provide a bridge to a zero-carbon future, I’ve also always been clear that shale gas exploration must be carried out safely.

“After reviewing the Oil and Gas Authority’s report into recent seismic activity at Preston New Road, it is clear that we cannot rule out future unacceptable impacts on the local community.

“For this reason, I have concluded that we should put a moratorium on fracking in England with immediate effect.”

Other sources of natural gas will continue to contribute to the UK’s diverse energy mix. The Committee on Climate Change has previously said that there will still be a requirement for natural gas in a 2050 net-zero economy.

Maintaining diverse gas supplies, for use during the transition as the UK renewable sector grows – or for the production of hydrogen – remains a priority, the government says. 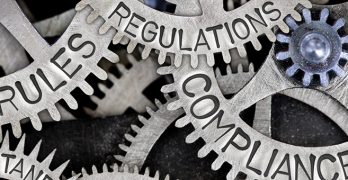 Following recent concerns around the Boiler Plus regulations and British Gas’ appearing to allow consumers to opt out from some of the additional measures, the Department for Business, Energy &… Read Full Article 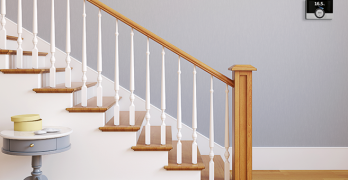 On the morning that the Boiler Plus policy went live, we sat in on a seminar full of policymakers, manufacturers and gas engineers to find out what it means –… Read Full Article