A Staffordshire landlord has been given a suspended prison sentence after he failed to prove that gas safety checks had been carried out at one of his properties.

Newcastle-under-Lyme Magistrates’ Court heard that David Corry failed to provide a landlords’ gas safety record to the HSE after numerous requests to prove that this had been carried out.

On 11 August 2016, HSE served Mr Corry with an Improvement Notice requiring him to arrange for a registered gas engineer to check the gas appliances in one of his tenanted premises in Stafford, and to produce a landlords’ gas safety record. Mr Corry failed to comply with the notice.

David John Corry of Springfield Drive, Stafford, pleaded guilty to breaching Regulation 36(3) of the Gas Safety (Installation and Use) Regulations 1998, and Section 21 of the Health and Safety at Work etc Act 1974. He was sentenced to 36 weeks’ imprisonment, suspended for 12 months, and ordered to complete 140 hours of unpaid work. He was also ordered to pay costs of £6,428.46.

Speaking after the hearing, HSE inspector Wayne Owen said: “David Corry potentially put the health of his tenants at risk and also chose to ignore the repeated requests by the HSE to produce the gas safety record.” 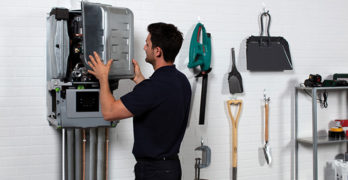 In Gas Safety Week, Worcester Bosch has discovered some alarming facts about homeowners and tenants when it comes to boiler maintenance, something that has deteriorated during lockdown. Almost one-third of… Read Full Article