An illegal gas fitter has been sentenced to 16 months in prison after he carried out unsafe gas work while falsely pretending to be Gas Safe Registered.

An HSE investigation found that, between May 2015 and July 2016, Richard Trezise carried out unsafe and unregistered gas work at seven different locations in Nottinghamshire, Mid Glamorgan, Gwent and Yorkshire.

Nottingham Crown Court heard that Mr Trezise had produced landlord’s gas safety records and falsely claimed to be Gas Safe Registered by using the registration number of another business who had never heard of him.

He left customers with faulty installations that presented risks of gas leaks and dangerous accumulations of the products of combustion. This is contrary to the Gas Safety (Installation and Use) Regulations 1998 and in breach of a prohibition notice previously served on Mr Trezise.

Mr Trezise previously pleaded guilty to 21 offences under the Gas Safety (Installation and Use) Regulations 1998 in Nottingham Magistrates Court, and was subsequently sentenced at Nottingham Crown Court to 16 months in prison, with an additional 28-day sentence for not attending the court hearing to run concurrently.

His Honour Judge Burgess said of Mr Trezise: “You intentionally breached the law. You used false certificates of registration. You defied an existing prohibition notice. And all of this was for financial gain.

“It almost goes without saying that faulty gas installations can lead to gas leaks, explosion and death. This is the reason that the regulations exist and why a breach of them is likely to be regarded as extremely serious.”

Speaking after the hearing, HSE inspector Emma Madeley said: “Mr Trezise undertook gas work which he knew he was not registered to do. Some of the work was unsafe and it was fortunate that no one was harmed. All gas work must be done by registered Gas Safe engineers to ensure the highest standards are met to prevent injury and loss of life.”

A Lancashire plumbing and heating firm has been fined £5,000 after its employee suffered serious burns following an explosion at a home in Preesall. Blackpool Magistrates’ Court heard that on… Read Full Article 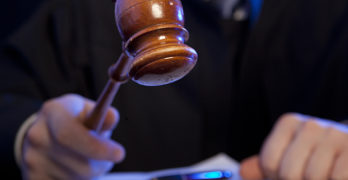