Britain’s largest coal-fired power station in North Yorkshire has been unveiled as one of Europe’s biggest renewable electricity generators.

Energy and Climate Change Secretary Ed Davey opened the Drax coal-to-biomass conversion plant, and also announced the government was awarding funding to the White Rose carbon capture and storage project also based at the site.

At Drax, the £700 million planned conversion project will burn wood pellets rather than coal, a move Drax calculates will reduce carbon emissions by 80 per cent compared with coal.

Glow-worm is giving one heating engineer the chance to give their business a boost and energise profits, with its Energise My Business competition. Statistics from the company’s recent survey of gas… Read Full Article 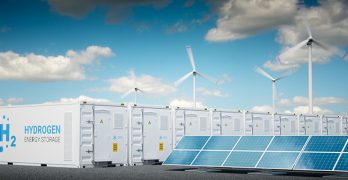 Plans to invest £20 million into the development of a Hydrogen Supply Programme suggest that hydrogen could become the clean energy supply of the future, according to Worcester Bosch. Neil… Read Full Article

A Chelmsford-based company and its director have been fined after conducting gas work at a domestic property in Mount Pleasant, Maldon without being Gas Safe registered. Chelmsford Crown Court heard… Read Full Article