More than half of Brits don’t know enough about hydrogen boilers to consider buying one, and 51 per cent would like someone else to try them before they get one themselves.

However, new research carried out by Worcester Bosch for Gas Safety Week also found that more than half are accepting of hydrogen technology and its environmental benefits, and nine in 10 are influenced by its sustainable credentials.

As well as their greener environmental credentials, cost influenced 51 per cent of respondents to opt for hydrogen as their future home heating solution, when they were informed that installation could cost £6,400 less than a heat pump.

Martyn Bridges, director of Technical Communication & Product Management, says: “With around 24 million homes on the gas grid, hydrogen boilers will be a key player in the technology mix for decarbonising our homes.

“However, if government targets are going to be reached and we as a nation are to ‘go green’ in our homes, it is clear from these stats that more education and reassurance around hydrogen gas is needed.

“We all need to debunk concerns for [those] who have doubts – which comes from further education – and move forward to a greener future. There have been several really successful trials in the UK confirming the safe application of hydrogen gas, so it’s now on all of us as a nation to open our minds and homes to the concept of a hydrogen future.” 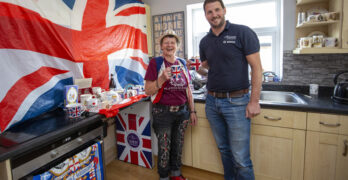 Worcester Bosch is kicking off its 60th birthday celebrations this month, with monthly prizes for heating engineers who spread warmth in their own communities. Prizes range from new power tools… Read Full Article